1987 Destination Disney was created by a combination of British Airways ground staff, Dr David Evans and Sister Alex Shaw. It came about as a number of northern based children were nominated to go on a trip to Florida through a London based charity but were not selected. The idea was to provide a holiday of a lifetime for children with life-threatening illnesses and conditions who were living in the northern part of England. We had to quickly change our name due to the Disney TM and Destination Florida Was Born. 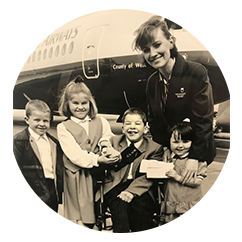 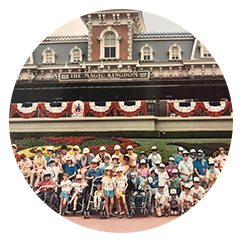 1992 Corporate company Morson Group and their CEO Ged Mason OBE started supporting our charity by providing all the children’s and volunteer’s t-shirts and hats. A wonderful relationship was born between ourselves and Morson, with Ged joining our board of Trustee’s. 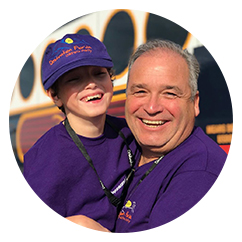 1994 Michael Hymanson MBE joined as our Chairman. His dedication to the charity and over 1600 children, has been second to none. 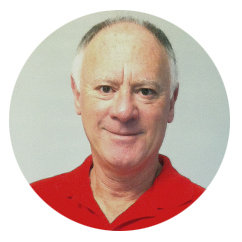 1998 We decided to start taking the children on a shopping day to the Florida Mall. It has now become one of our most exciting days for the children as a lot of them save their daily pocket money provided, to buy themselves something very special. 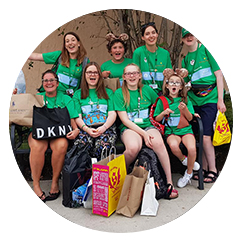 2000 This trip year we decided to take the children to Disney’s Magic Kingdom. Our children were very excited to see a very famous mouse! Destination Florida was growing, our volunteers had tripled and we needed bigger premises. In March we moved from Manchester Airport to our current home, Clarendon Business Centre. 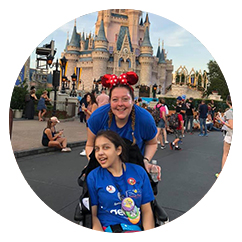 2006 We visited Euro Disney! Taking 12 children from Henshaw’s School for the Blind. This was an extra ‘mini trip’ that consisted of 4 days. 2010 We decide to stop visiting Sea World and changed to one of our now most beloved theme parks Animal Kingdom! Hakunah Matata! 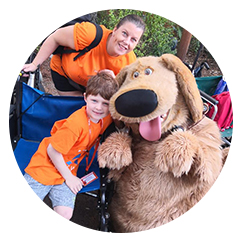 2014 We introduced “Sponsor a day” to corporate companies, such as Morson, Hustwood Holdings, Together Money and many more. This has become so successful and we are very lucky to have the amazing support from all companies both past and present. Each day/theme park is dedicated to a sponsor, with their logo being displayed proudly on our t-shirts around the parks.

2018 A very special year for Destination Florida as we turned 30 year old. We invited representative’s from our 2018 sponsors to join us on the trip. This was a fantastic way for them to see what their sponsorship went towards and the difference it makes to the children’s lives. Time for change, we had a whole new re-brand from logo to website!

2020 We were proud to be honoured with the prestigious Queen’s Award for Voluntary Service 2020. We went totally digital with all our trip applications, making the process much easier! The virtual era was upon us and hosted 2 very successful fundraisers during the pandemic. 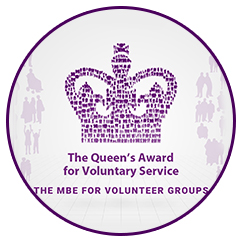